Finally, summer is here!! We’ve had rain about 80% of the days so far, but we’re not complaining 😉  We’ve been keeping busy inside and out, playdates, and most recently– tumbling class!

Sam and Jack took a week off preschool last week, but start again this week with the theme ‘H2Ohhh’! And it’s supposed to be 91 degrees on Tuesday. Perfect!

As of late, the twins have become obsessed with all things dinosaur. Adam’s mom brought down his old dino’s over Memorial Day weekend and the boys went nuts. So much fun! 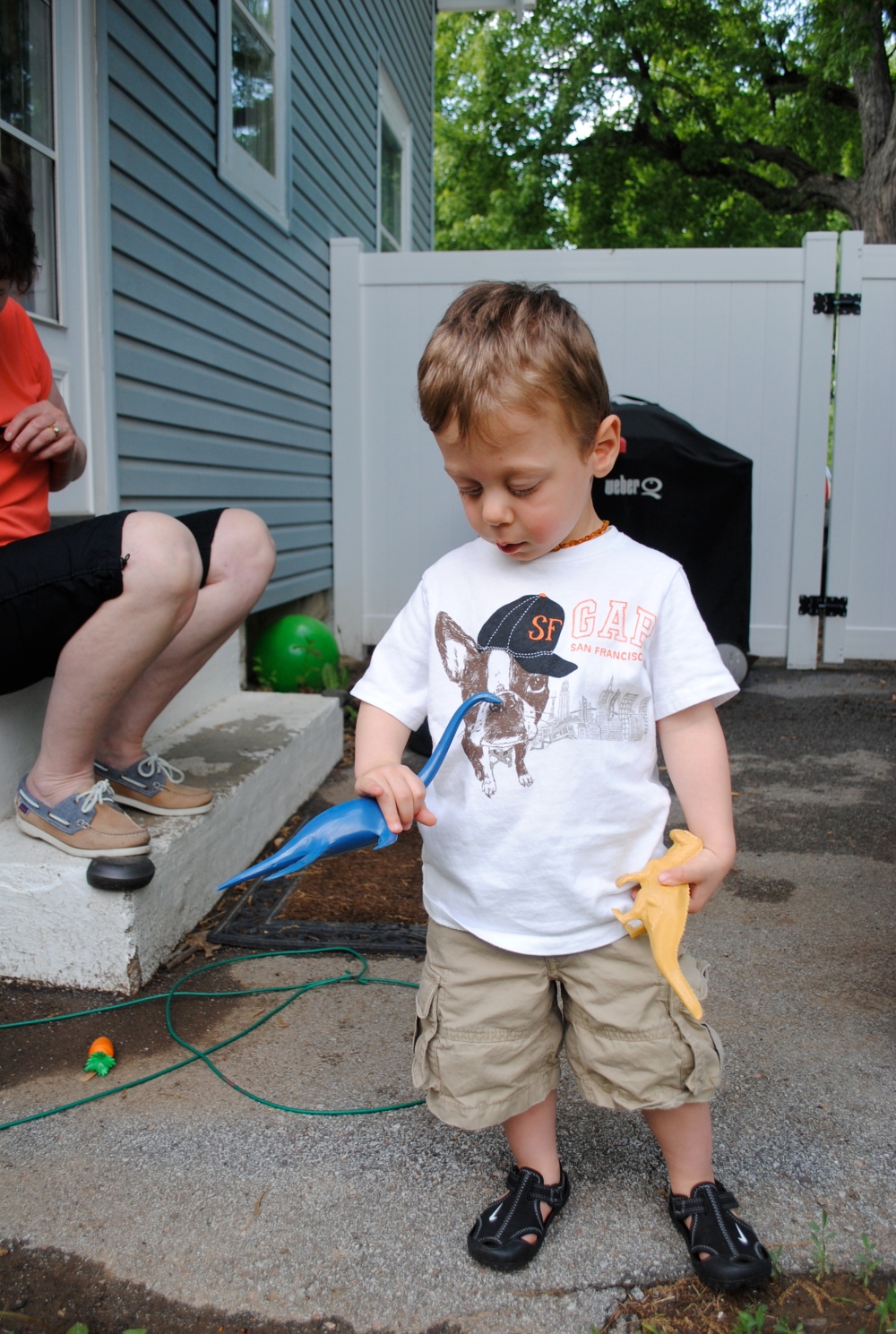 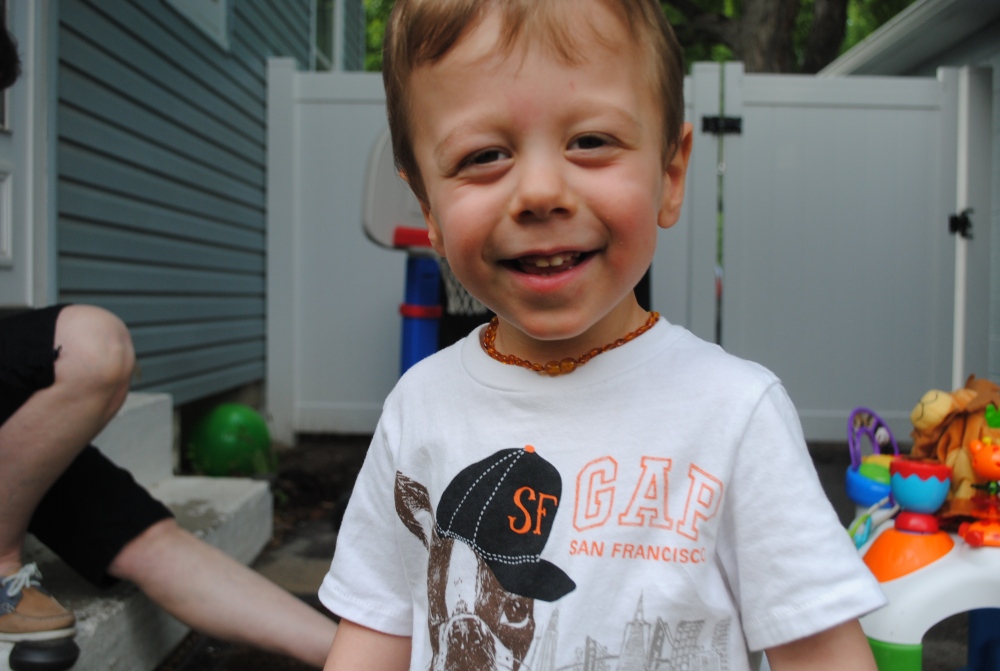 Peggy also helped us landscape our house. I took ‘before’ pictures but am too embarrassed to show them. Let’s just say our previous owners could have cared less about the landscaping. Once the flowers bloom, I’m going to take some pictures of the ‘after’ and will MAYBE show the ‘before’ 🙂

We also planted a garden. However, we don’t get much sunlight in the only area that was really feasible for a gardening spot, so we’ll see what happens back there.

Adam and I also bought a big sandbox, but due to rain haven’t set it up yet. I’m super excited about that! Our neighbors, Gerard and Molly, have a 2-year-old named Lucy that we play with daily. We share a fence, and leave it open. The 4 kids have access to 2 yards and 2 sets of toys/playground/sandboxes. Between the 2 houses, we pretty much have a dream setup for toddlers. Molly’s parents just gave them a huge pool so once it’s warm enough that will be set up, along with our toddler pool. Yay for SUMMER!!!!!

Gymnastics class… oh my goodness, this was the best idea we have had in a long time. Sam LOVED it. Jack loved it for the first 20 minutes 😉  These boys are too darn fun. Their friend Cora is in the class with them. She’s the adorable blonde in a ponytail! 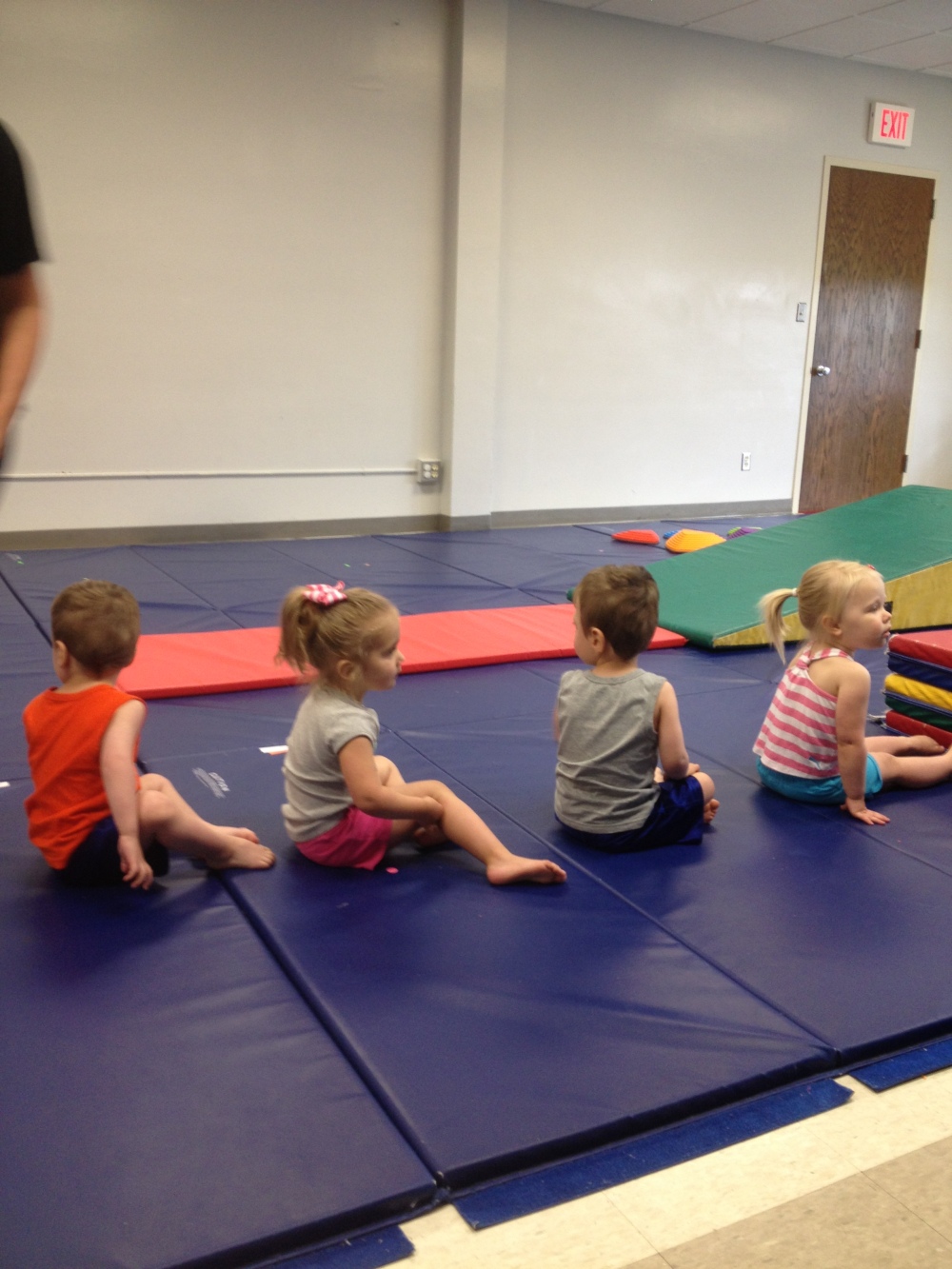 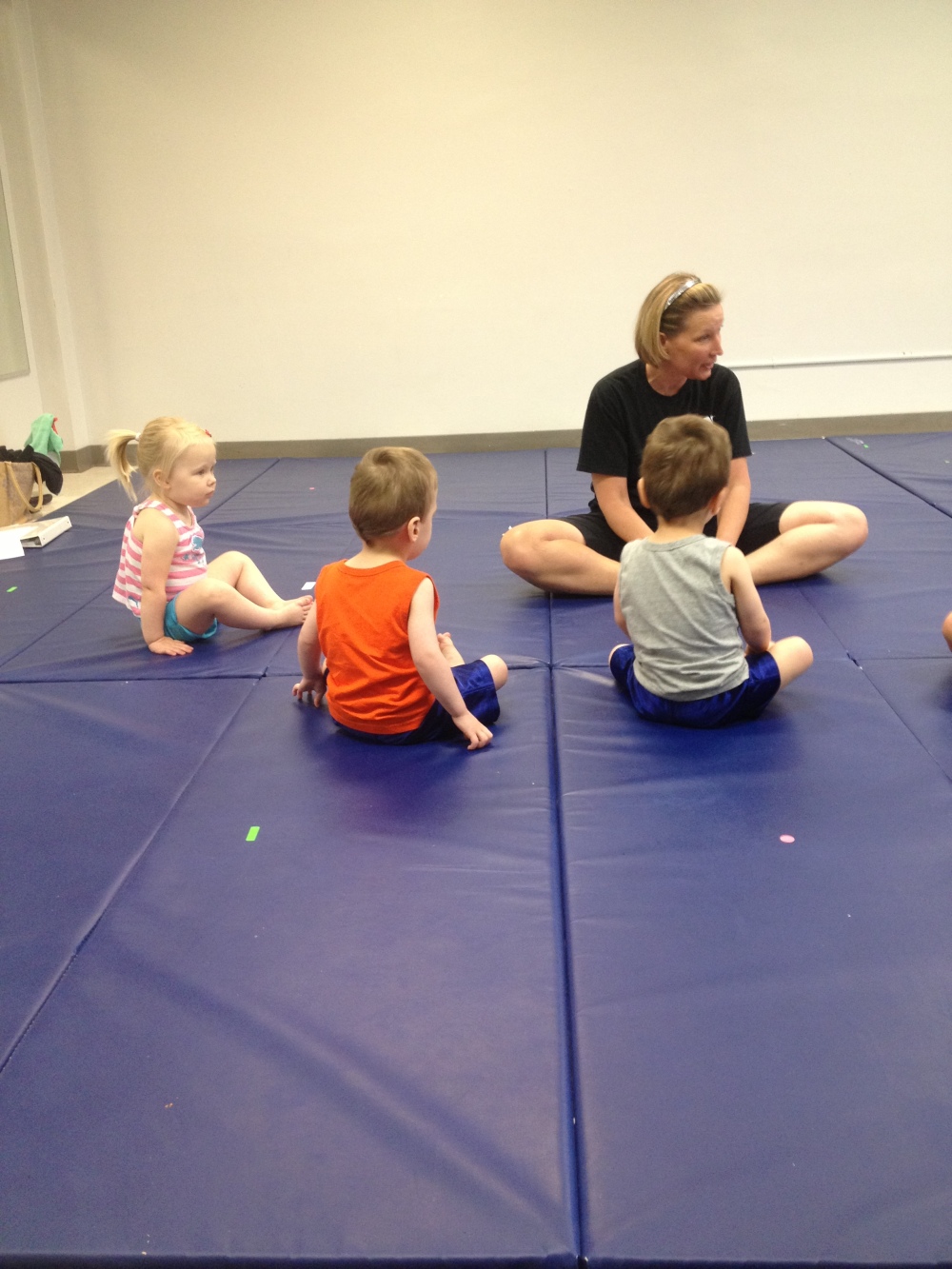 In other news, Jack is ready to potty train. Truthfully, he’s been ready for a good 2 months. But mommy is NOT ready. Last weekend, I thought, ‘Okay, we can do this.’ We bought cool underwear (Thomas, duh), threw them on, made a huge deal about it, and he told us he had to potty and went in the potty! Then, I realized we were insane as Sam started to cry because Eli took something, Eli started to cry because Sam took it back, Jack wanted to wear every single pair of underwear we owned, and flipped when I tried to make him actually wear the underwear (after being mad that he couldn’t wear them all.). Potty training a toddler, plus taking care of his twin who isn’t quite ready for potty training + an 8-month-old? Insane. Pretty much, my plan is this– send Sam and Eli back to Fargo for a weekend and train Jack. So GRANDMA AND GRANDPA OYOS/STIBBE— any takers?!?!? 🙂

My goal for the summer is to try some Pinterest ideas. I’m pretty sure if I document them, they’ll turn into the ‘Pinterest Fail’ blog posts we all laugh at. So get ready to laugh 😉